Since version 5.6 was released, we made some little, but nice and useful improvements. They were driven mostly by our small and dedicated GitHub community. Some of the most important changes are listed below:

When enabled, the results are refreshed automatically each time you edit the code and leave the current line. You can switch it on and off by the checkbox over the output window. When the “Autorun” is off, the program displays “Quick help” on the right as before. You can run calculations by pressing the respective button. However, new shortcuts were added to make that easier. Press F5 to run the calculations and F4 to compile to input form. Ctrl + Enter calculates the results and scrolls the output to match the current line.

After recalculation, the scroll position of the output window is preserved and not moved to the beginning as before. However, if you get lost, you can double click on a line in the source code and the output will scroll to match. Alternatively, you can press Ctrl + Enter.

The Symbol toolbar was extended with the full set of Greek letters. You can also change the case by pressing the button on the right.

There is also a shortcut to convert Latin to Greek letters. You can use it to insert Greek letters even faster. Just type the corresponding Latin letter and press Ctrl + G. The following conversion table is used:

There was a problem with recognition of inches (in) units in Complex mode that is now fixed. The “i” character was parsed as the imaginary symbol first and “n” dropped out as invalid unit.

Rewriting of non-metric (Imperial and USCS) units was also improved. For example, in the previous versions, lbf/in^2 was rewritten as kPa by default. Now, ksi is used instead. It is the same with other mechanical units.

Some rare bugs were luckily identified and fixed as well. For example, if you attempted plotting with identical limits, the program fell in infinite loop.

Debugging of Calcpad programs was made easier. Links to the respective lines in the source code were added to the error messages in the output. Also nice background highlighting was implemented.

You can download the latest version for free by using one of the following links:

Calcpad is available for both cloud and desktop on the official website http://calcpad.eu. You can use it as an online programmable calculator with support for complex numbers, variables, functions and graphing.

You can also browse the online library and find professional worksheets for solving equations or calculating areas, volumes and mechanical properties. There is also a rich collection of structural design spreadsheets to Eurocode. You can design reinforced concrete beams, columns or plates, calculate deflections and cracks, punching shear reinforcement or check the detailing requirements for RC elements.

Calcpad is also available as a desktop application. You can download and install the desktop version for Windows for free and create your own calculation programs. 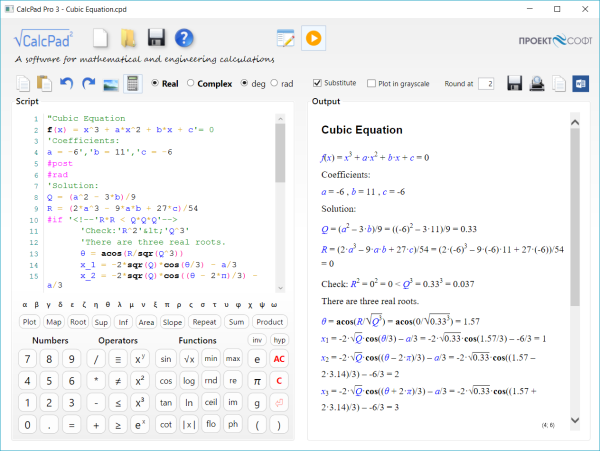 However, it is also possible to use another, much more powerful code editor such as Notepad++. It is a free and open source text editing software, with many advanced features. Download and install Notepad++ from the official website https://notepad-plus-plus.org. You can also add the Calcpad language syntax. It is defined in the Notepad++.xml file.

In the next posts, you will find detailed instructions how to set up Calcpad and Notepad++ and write your own programs.

Welcome to my blog!

I am a structural engineer with almost 20 years of experience in the design of nuclear and industrial facilities, factories, residential and public buildings. I am also a fan of engineering, mathematics and programming and you will find a lot of interesting stuff about that here.

For all these years I’ve been dealing mostly with calculations. I have developed a lot of custom spreadsheets and macros to automate my job, using various tools like Excel, VBA, MathCAD, etc. Each of them had a lot of advantages, but I also stumbled upon different kinds of problems.

That is why I created Calcpad. It is a simple but powerful mathematical platform for engineering calculations:

It combines the simplicity of spreadsheets with the power and flexibility of programming in an elegant way. In this blog you will find detailed information about CalcPad, useful tips and tricks, sample code and solutions of variable problems. 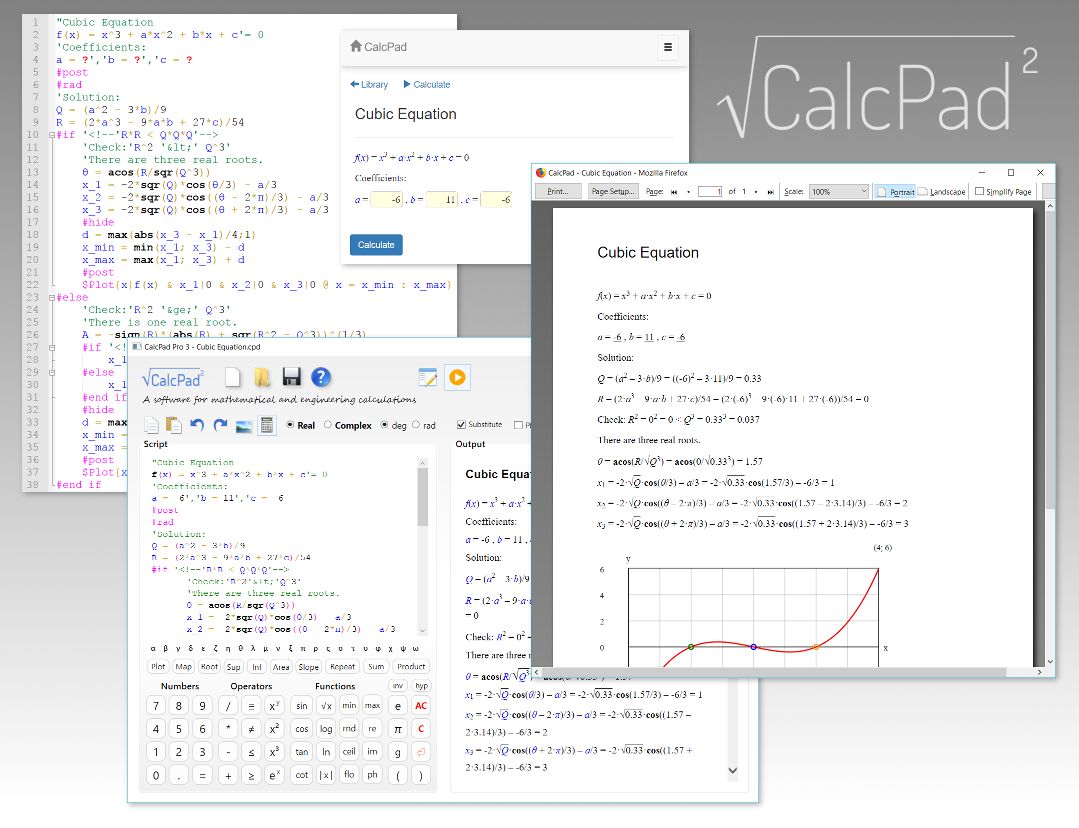